Production System Solutions For Buyers For Suppliers Where To Buy

There are a lot of reasons why the Volgograd Gypsum Factory is a truly unique venture. For example, the nearest similar factory is 800 kilometres away. The products we have been manufacturing for almost 70 years have always been modern, and the demand is tending to grow. Most significantly, the Volgograd factory is one of the few Russian manufacturers of gypsum-based building materials that has managed to remain unaffected by cross-border capital and successfully develop, retaking markets from West European rivals. Almost all the similar enterprises, including the ones located nearest to Volgograd (in Krasnodar krai and Tula region), are owned by Germans.

The building of the factory began in 1943, right after one of the bloodiest battles of the Great Patriotic War. The liberated Stalingrad required complete rebuilding. It was Construction & Erection Department (SMU) 5 of Donbaspromstroy that took to building the gypsum factory. The 77 people passed on to the nascent enterprise by SMU 5 on January 1, 1949 became the core team of the factory staff. They completed the building in-house; at the same time, they were trained to become gypsum makers, crusher operators, and boiler firemen. On June 30 the Stalingrad Gypsum Factory was commissioned as one of the country’s operating enterprises. The parts of the enterprise already in operation included a gypsum shop, a transforming substation, and railway siding. The output was steadily growing, although the factory was still under construction: from 6000 tonnes in 1949 to 29000 tonnes in 1950 and 42000 tonnes in 1951. In 1952 the factory began to manufacture gypsum slabs. In the very same year the plant was given the third-place award by the joint decision of the All-Union Central Soviet of Trade Unions and the USSR Ministry of Construction Materials, following the results of intra-industry socialist competition.

A landmark year for the factory: the enterprise begins to use gaseous fuel instead of coal to service gypsum boiler furnaces and launches the manufacture of big-size panels.

A new building gypsum shop is commissioned. It still remains one of the highest-capacity and modern shops in Russia’s gypsum sector. It allows manufacturing top-quality building gypsum very much valued by builders and building material manufacturers all over the country.

On June 30, 1999 a team of young managers headed by director Yury Alexeevich Goncharov takes up the reins and undertakes to change the current state of affairs for the better. Now this date is celebrated as the first day of the factory revival. The inaugural date of the new management team coincides with the 50th anniversary of the manufacture of the first tonnes of gypsum. Nowadays, these two events are celebrated together by all the employees as the Factory Day.

The revival of the factory has required huge efforts, but the result is now clear: the enterprise does not produce to stock, all the output is delivered ex-conveyor to the consumers.

Since 1999 the factory has been working on quality improvements and product-line expansion. The results are impressive: the output products are as good as the best European examples produced by similar manufacturers, and the factory manufactures only modern building materials. 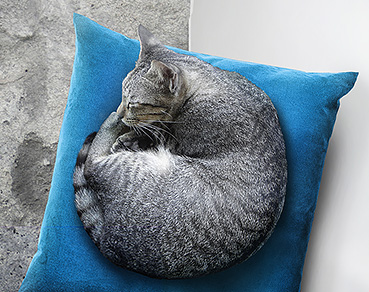 VOLMA Corporation purchases the government’s stake of JSC Belgyps. The respective Decree no. 34 “On Certain Issues Pertinent to Open Joint-Stock Company Belgyps” was signed by the President of Belarus on January 16, 2014.

In April VOLMA is awarded the ISO 9001:2008 conformance certificate.

In August VOLMA Chelyabinsk yields record-breaking output of gypsum binder and dry building mixes for the entire history of the enterprise;

First shipment of products to Crimea by water

VOLMA for your device
mobile application